If you’ve never taken a cruise before, one of the questions you might have will be about whether or not you’ll get seasick.

After all, cruises aren’t the cheapest type of holiday that you can book, and the last thing you want is to spend all that money just to end up lying in bed trying not to vomit for days on end.

In reality, most people will never get seasick, even when the seas are at their roughest. The majority of people will be fine no matter how much motion the ship is going through – after all, how else would a cruise line make money, if all it did was make passengers feel sick?

But a few people will get seasick, even when there are only slight waves. Read on to learn more about how likely it is.

Can you get seasick on a cruise ship?

It is possible to get seasick on a cruise ship, but the truth is that most people don’t. It’s becoming less of an issue with the size of modern ships and the technology involved. Technically seasickness is just another name for motion sickness.

That means you can usually predict if you’ll suffer from seasickness if you’ve ever suffered from motion sickness in the past, which you would normally notice if you were frequently car sick. Ocean waves do move a ship differently to the movements of a car, so it is possible to get seasick even if you don’t get car sick, but it’s really rare.

Consider how many people book a cruise, and then book a second, third, fourth, and so on…would people be doing that if a lot of them were getting seasick?

The fact that people tend to cruise multiple times once they’ve tried it once is enough of a statistic to tell you how little seasickness is a problem!

Do you feel the waves on a cruise ship?

You can feel the waves on a cruise ship at times, but normally you’ll forget you’re even on a ship when you’re indoors. Modern cruise ships are so large that it’s hard to feel the movement, and they have stabilizers to help reduce the feeling of motion throughout the ship.

They also have wave detection technology which makes it a lot easier for the ship’s officers to steer her away from any turbulent seas. During storms you might notice some movement, or if you’re standing on a high deck close to the front or rear of the ship.

But for the most part, you’ll barely even notice you’re moving unless you’re standing looking out of the window or on an outside deck.

How many people get seasick on cruises?

It’s impossible to say how many people get seasick on a cruise. Around 1 in 3 people get motion sickness, but how much you’ll feel it on a cruise ship varies hugely.

Studies that have been carried out are focused on too small a group (less than 200 participants) or on small ships only where the movement of the boat is much more noticeable. So they aren’t useful when trying to measure how likely it is to affect you.

According to medical studies, motion sickness affects a lot of people but only in certain conditions (source).

There’s no easy way to predict how many people on any given cruise ship will get seasick, unfortunately, but if you’re concerned then just spend any amount of time speaking to past cruise travellers on cruise forums. You’ll soon see how few people have suffered, which should put your mind at ease.

Why do some people get seasick and others don’t?

There’s no clear answer to why some people get seasick and others don’t. It’s generally attributed to people who have a disconnect between their senses that respond to motion. If the eyes, inner ear, and skin nerves aren’t in harmony, it can cause confusion and queasiness.

While we can’t yet explain what causes certain individuals to be immune and others to be highly susceptible, we do know some information from that medical study above:

So if you’re a young, fit woman that has a history of carsickness and suffers from migraines, you might want to stock up on some anti-sickness medication before you travel, just in case. But that doesn’t mean you will be affected. Just that you’re more likely.

How long does seasickness last on a cruise?

Most people who do feel seasick will recover in a day. In very rare cases it can last longer if left untreated, and cause the traveller to suffer for the duration of their cruise (and sometimes beyond, up to a couple of weeks).

In most cases, once you get used to the motion of the ship or you get through whatever stormy waters are causing you to feel nauseous, you’ll feel right as rain and be ready to fully enjoy the rest of your holiday.

If seasickness persists, it’s recommended that you speak to the cruise ship’s doctor to see if there are any causes that they can help to eliminate, and any treatments that they can offer.

You won’t be able to claim a refund on your cruise because you were seasick, so the onus is on you to find a way past it and enjoy the holiday that you’ve paid for.

Sea sickness medication is always available from the medical centre on board. You may have to pay for it, but it’s often free of charge, depending on the ship.

If seasickness tablets don’t work, then you can also ask for an anti-nausea injection. This will stop any vomiting, but it will make you feel sleepy and dehydrated so it should be used as a last resort.

How to Prevent Seasickness on a Cruise

There are a lot of ways to prevent seasickness on a cruise. Avoid booking a cabin on a high deck near the bow or aft of the ship, and choose as large a ship as possible for your first cruise. Avoid itineraries travelling to known choppy waters and consider over-the-counter medication. 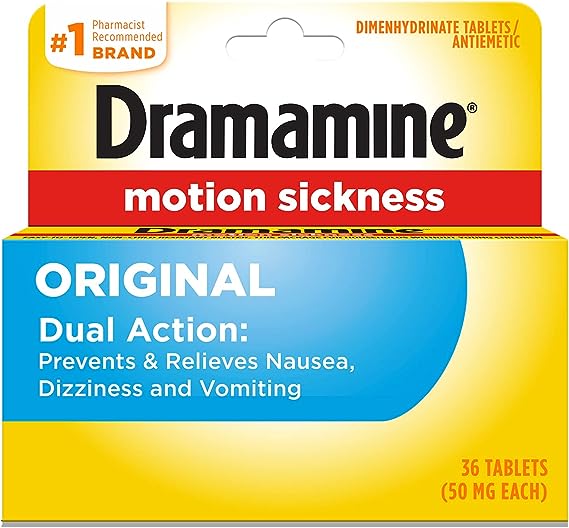 There are plenty of ways to prevent seasickness, and it’s always much better to prevent it rather than try to cure it. Once it’s hit you, you tend to need to ride it out. So travel prepared if you think there’s a chance that you might get seasick.

If you don’t, then no harm done – you can just relax and enjoy the holiday in full.

Read more: 16 tricks guaranteed to prevent seasickness on a cruise

It’s understandable to be concerned about seasickness if you’ve never travelled on a cruise ship before. It doesn’t help that it was often a joke used for a cheap laugh whenever you saw someone on a boat in a movie or TV show.

In reality, it’s really not common – some people might feel a little bit funny on the first day, but not so much that they can’t enjoy all that food and drink that they were looking forward to.

And if you think you’re likely to get seasick, don’t forget to take steps to prevent it first. Don’t wait and see, as it’s a lot harder to get past it once it’s kicked in.

If I get car sick will I get seasick?

If you get car sick, you are more likely to get seasick but it is not guaranteed. Ships move very differently to cars, and larger ships have technology in place to help stabilize the journey. There’s a good chance you won’t get seasick but it’s best to take preventative steps.

Can babies get seasick?

Typically babies cannot get seasick – for most children, the earliest it can strike is from 2 years, but normally kids under 6 travel without any issue. It’s from age 6 to 9 that kids are most susceptible, even more than teenagers and adults.

Do cruise ship doctors have medications for seasickness?

Cruise ship doctors are able to prescribe medication for seasickness, usually in the form of an injection. It should be a last resort though, as it can be expensive and it will leave you feeling drowsy, lethargic and dehydrated.

2. Book with a trusted travel agent - Here's who I recommend


Found this to be useful?

You're welcome to share this guide with your friends if you think it may help them too.

My name’s Jenni and I’ve worked in the cruise industry since 2015.

I'm proud to help over 700,000 people plan their cruises every month via this website.

Book Your Cruise For The Best Price

In the UK - I book my cruises with Cruise118 because they have a best price guarantee.

In the US - Get the best price guarantee when you book online with Cruise Direct.

For river cruises and ultra-luxury - I recommend Panache Cruises.